The Ante Nuptial Contract governs what will happen to all assets and liabilities on death or divorce.

An Ante Nuptial Contract must be executed before a notary public, who is a qualified attorney with additional specialist qualifications.

There are three matrimonial property regimes in South Africa:

Marriage in community of property

This regime applies automatically where parties do not conclude an Ante Nuptial Contract, either by choice, by omission, or by ignorance of the law.

When parties marry in community of property, all their assets and liabilities, whether acquired before or during the marriage, fall within one joint estate.

Although this is the truest form of sharing, it is extremely risky for parties conducting their own businesses or incurring debts, and often limits parties’ contractual capacities as the joint estate is being bound and contracting parties will wish to have both spouses party to any contract.

A useful analogy is that of a pot of soup into which both parties’ assets and liabilities are placed. Marriage starts the pot of soup boiling and it is impossible to distinguish which water, which spices, which meat and which vegetables were placed in the pot by whom.

If a creditor is owed money by either spouse he simply comes to the pot of soup and ladles out the amount he is owed; whether one spouse perceives an asset to be “owned” by him or her, the fact is that it is “owned” by the joint estate and a creditor is not obliged to tell the difference but can seek satisfaction from the entire joint estate.

Marriage out of community of property (“straight”- no accrual)

Irrespective of who (the parties themselves or even a third party) puts what into each person’s bowl of soup, the party who owns the bowl of soup is the owner of its contents before, during and after the marriage.

Neither spouse is liable for the debts or obligations of the other.  Each spouse is entitled to retain his/her separate property with the freedom to deal with such property as he/she wishes.  Should either spouse be sequestrated, the property of the other is protected from the insolvent’s creditors.

This clearly gives parties absolute independence of contractual capacity and protects the estates of each party against claims by the other party’s creditors, but there is no provision for any sharing whatsoever.

A party who contributed to the other party’s estate whether in cash or otherwise would have a heavy onus to prove that he or she was entitled to anything from that party’s estate on dissolution of the marriage.

Where one party stays at home to raise children and does not contribute financially towards the marriage, and the other spouse works and accumulates assets, the former may find herself with nothing and no claim to the assets of the latter.

In 1984 the legislature enacted the Matrimonial Property Act 88 of 1984.The accrual system which derives from this Act was devised to permit a form of sharing, consistent with the primary objective of marriage, but permitting retention of each party’s independence of contract and ability to retain their own separate estates.

Applying the soup bowl analogy to accrual is a little more difficult since various scenarios can apply.  What is of importance, however, is that each party retains his or her own soup bowl, filled with his or her own ingredients, throughout the course of the marriage.

However, contrary to a marriage out of community of property (“straight”), a provision is made for sharing the contents of the bowls at the dissolution of the marriage.

The important features of an accrual marriage are in essence the following:

However there are certain crucial factors of an accrual marriage which add complexity and much more freedom of choice:

Although all of the above may appear to be simple, parties should work through various examples and should express, with reference to specific assets, exactly what their intention is to ensure that the Ante Nuptial Contract is drafted in accordance with their specific wishes.

Work through your assets/wishes as if you were at the stage of dissolution of the marriage and try to anticipate any problems which may arise.

The contract can then be drafted to eliminate any such problems or cater for them as best possible in the circumstances.

An important point to remember is that an Ante Nuptial Contract must be signed before the marriage is concluded and must be signed in the presence of a notary and two competent witnesses.

The notary will then register the contract in the local registry of deeds.

Now that you’re up to speed with the Ante Nuptial Contract don’t forget to draw up a will! 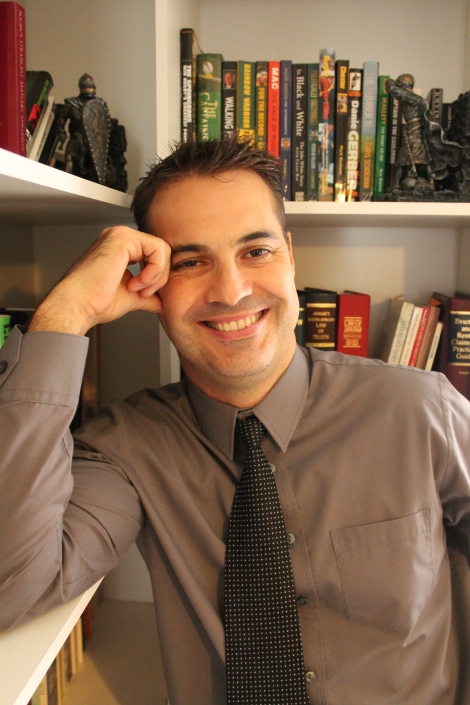 While every measure has been taken to provide readers with the most accurate information and honest analysis, it must be stated that the changing nature of finance and banking in South Africa as well as the unique circumstances of any individual applicant mean that not all information supplied can be used by all readers and the accuracy of information is only guaranteed at the time of writing, not reading.

Please use your discretion before taking any decisions based on the information provided and, better yet, contact us with questions and queries. Our services are free and we will provide you with the most up to date information available. We would love to assist you.

De Mink Property Finance Consultants will not compensate you in any way whatsoever if you ever happen to suffer a loss/inconvenience/damage because of/while making use of information in this blog.